Charlotte-area Home Sales on the Rise

Charlotte-area Home Sales on the Rise 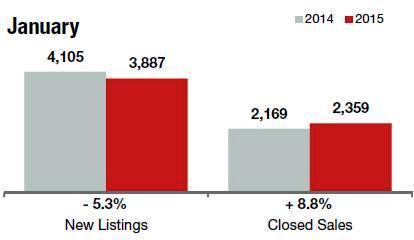 According to the Charlotte Observer,area home sales rose 8.8% in January 2015 as compared to January 2014. Our region continues to be a seller’s market and according to a recent report by the Charlotte Regional Realtor Association (CRRA), this trend will continue steadily through the spring months. Demand for homes across the Charlotte region continues to be strong, Maren Brisson-Kuester, the associations president, said in a statement. However, inventory remains challenged. Although sales are steady, there are fewer listings than there were this time last year. According to the report, there were only 3,887 new listings this past January, this stat is down 5.3% from last year.

Other highlights from Tuesdays report:

Home prices across the Charlotte-Metro areaare on the rise. With theaverage marketprice this past monthas $223,505. This figure is up roughly 3% from January 2014.