The Buzz in Ballantyne is that it May Become a New City!

The Buzz in Ballantyne is that it May Become a New City! 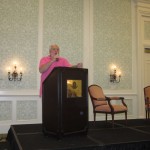 The next piece of the meeting was a discussion between City Councilman Warren Cooksey and Oliver Porter who served as interim city manager during the annexation of Sandy Springs from Atlanta, GA. He and several others successfully took an unincorporated area and tuned it into a self-sufficient town. Now “self-sufficient” in loose terms as they outsourced most of the services such as water, sewer, jails, libraries, etc. His recommendation? Read his book, Creating the New City of Sandy Springs: The 21st Cetury Paradigm: Private Industry, which showed all of the lessons they learned, empower a group in advance to make decisions without the usual bureaucratic red tape and expect it to take time. It took them 30 years with Sandy Springs but 4 other cities in Georgia using his paradigm were able to do so in less time. An interesting fact quoted by Mr. Porter was that the had a 94% vote for annexation which was an overwhelming mandate plus there were no tax increases even though they were able to re-pave roads, build parks and build a reserve of funds. 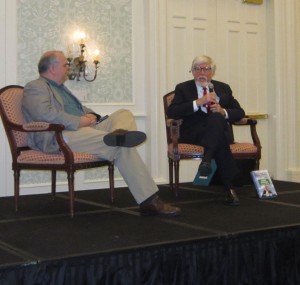 The next topic was dividing more than 141,000 students and 159 schools of the Charlotte Mecklenburg Schools (CMS) into South, Central and North districts. Presented by Tom Davis, who is part of the group Strategic Partners for Accountability and Reform of Key Educational Performances (SPARK), Davis says this is not a “de-consolidation” but a creation of independent school districts with a cap on enrollment.

Evidently this dialogue has begun with Ballantyne residentsbeing disappointed with the lack of attention to their area, even though they pay a lot of taxes to Charlotte. Plus the overcrowding of schools has some residents saying they promote violence and other problems in the school system.

Time will tell if the incorporation of the Ballantyne area as a separate city will become a reality. If you see me buzzing around Ballantyne, I would appreciate your opinion! Til then, read the Charlotte Observereditorial section – it is interesting to see the various, passionate, lively opinions! 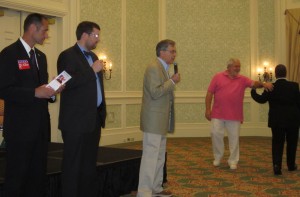